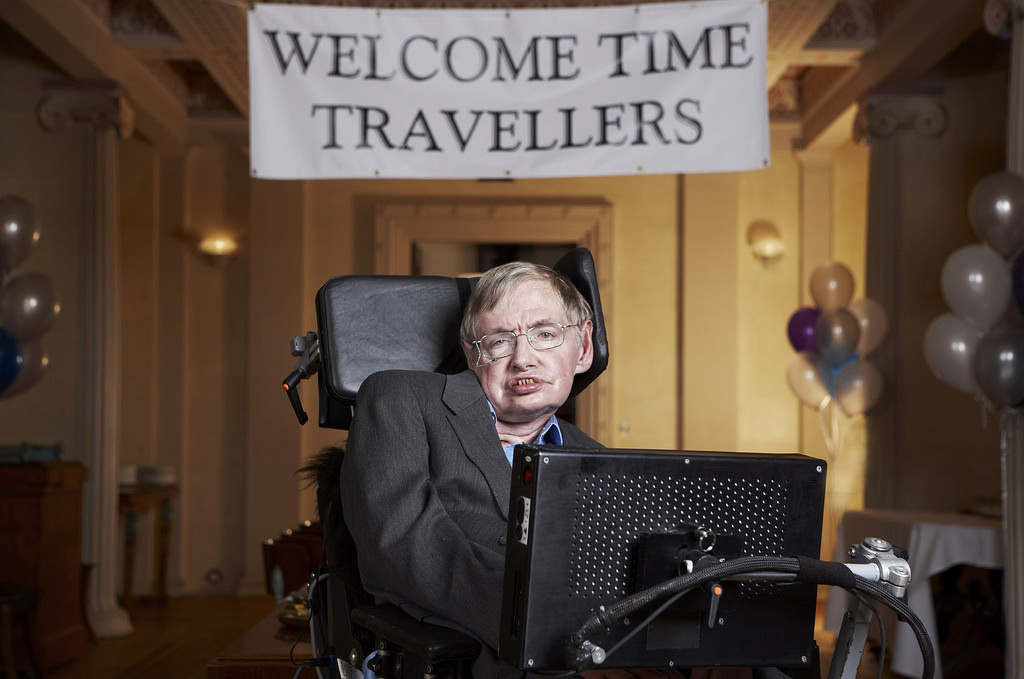 Stephen William Hawking was an English theoretical physicist and mathematician. He was one of the world’s leading theoretical physicists, and wrote many science books for people who are not scientists. His first book, A Brief History of Time, sold over ten million copies.

Hawking was a cosmologist—someone who studies the structure of the universe (stars and space). He invented important theories about the Big Bang (the start of the universe), black holes and how they work. He was a professor of mathematics at the University of Cambridge (a position that Isaac Newton once had). He retired on 1 October 2009.

Hawking had a motor neurone disease, and because of that he could not move or talk very well. When he was diagnosed with the disease in 1962, doctors gave him two years to live – but he amazed the world by living for another 56! He used a wheelchair to move, and an Intel computer to talk for him. He died on 14 March 2018.

In 2009, Hawking held a party for time travellers, only sending out invitations after the party had finished. Unfortunately nobody attended the party, so it seems that if we do have time travellers around us, they are staying well hidden!

Everything Has Its Time – In Memory of Prof. Stephen Hawking